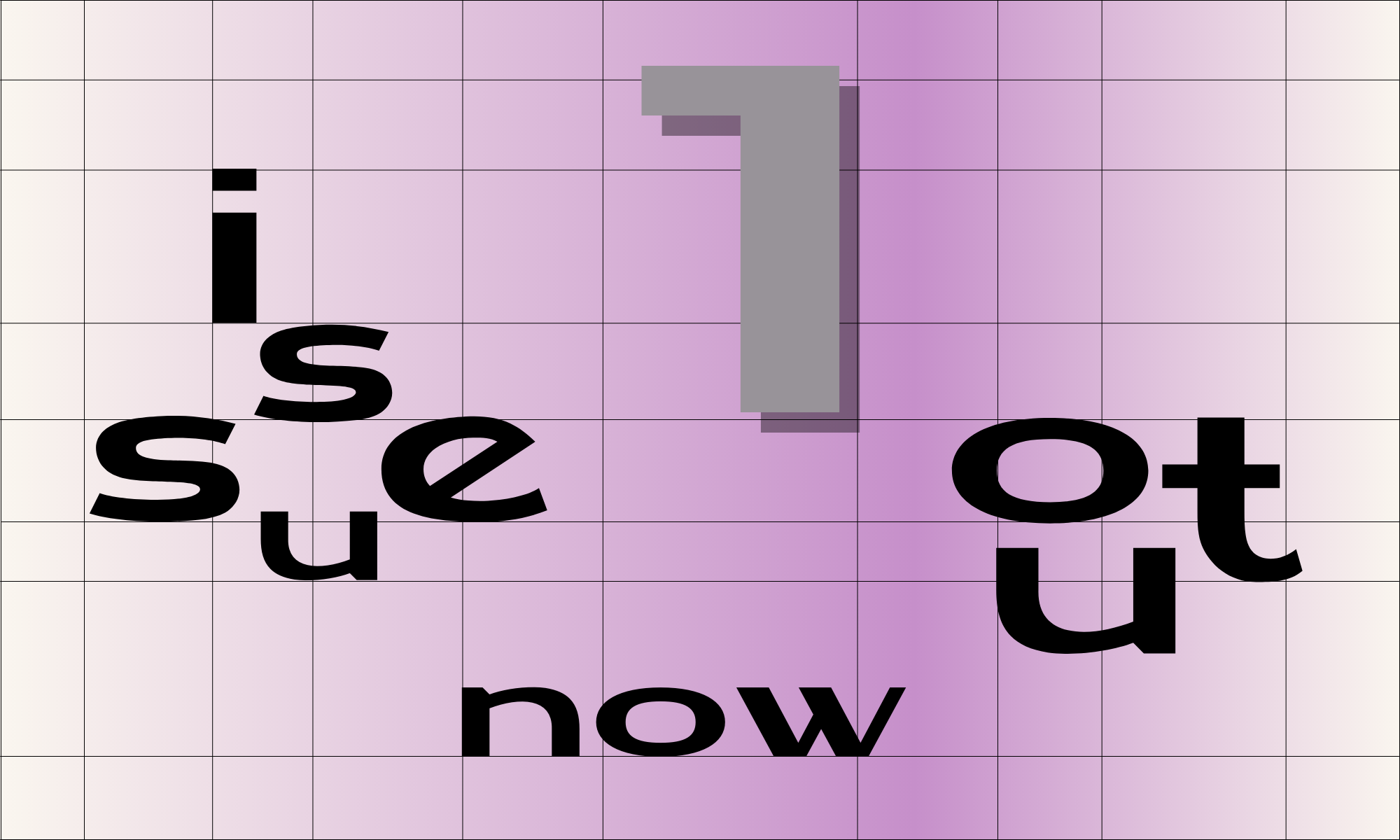 Meet Anja Kotar, an indie-pop breakout artist ready to change the music scene as we know it. Aside from her genuine personality, her dedication to the visual details of her music really sets her apart from other artists. This is shown in the release of her latest music video “Tuscany”. We caught up with Anja for a chat about her music career, unique style, and upcoming projects.

Iuliana: Hey Anja! How are you? Thank you for the time. So given these unusual times, what does a typical day look like for you?
Anja: Thank YOU! I’m staying home with my parents and younger brother in San Jose, California where the weather is absolutely beautiful, especially this time of year. I know I’m very lucky to have the ability to work from home since so many people right now don’t have that luxury, so I try to remind myself every day just how lucky I am and how grateful I should be. I start my day with a cup of coffee and a walk around the garden or, if I’m feeling extra ambitious and need to clear my head, a run around the neighborhood then I spend the rest of the morning answering emails, reaching out to people – working on the administrative side of being a musician. In the afternoon, I do a Barre3 online workout with my mom (now that we can’t physically go to our local barre studio, we do it in our living room :) then I either work on music in my mini home recording studio or put on makeup and take promo photos or videos for upcoming singles. In the evening, the whole family has dinner outside then we try to take full advantage of our time together (and these summer months!) by either playing basketball together, going on a walk, painting, or watching a movie outside. Each day is a bit different, but quarantine has taught us to be more aware of and cherish spending time together as a family.

Iuliana: As a musician, what has been the hardest/most challenging part about being quarantined?
Anja: When you write songs, you’re inspired by the world around you, the things that happen to you. I was used to traveling all the time so being home 24/7 was a bit of a jarring change (though very much welcome!). I had to sort of shift my mindset to look for inspiration elsewhere, mainly around my own house :) This led to me writing a bunch of quarantine songs, the demos of which I ended up releasing as an EP on SoundCloud. I posted ideas on my Instagram stories as I was writing the songs, then got feedback about them from my listeners – it made me realize that the completely unusual circumstances of this year have led to all of us (regardless of age, gender, religion, race) to have a fairly similar experience being stuck in our respective apartments and houses. It’s definitely a once-in-a-lifetime occurrence so I wanted to document it through these songs, almost like a musical diary of 2020 :)

Iuliana: Can you recall the moment when you thought you could be a musician? What made you embrace the music industry? If you weren’t a musician today, what else could you see yourself doing?
Anja: As cliché as it sounds, I just always knew I wanted to do music. I can’t remember a single time in my life when I thought about anything else. It has always felt very natural, like this is what I was meant to do, so my entire life has been like a bootcamp to acquire the skills needed as a musician/songwriter. I am completely set on this and I believe in putting all of your energy and time into a single thing, and doing that thing very well.

Iuliana: Now that we are in the middle of the year, how do you think 2020 has so far treated you? What’s been a highlight of your music career lately?
Anja: Despite (or maybe exactly because of!) all of the insanity that has gone down in the past few months, I’ve learned a lot about myself and life in general; all lessons that I’m sure I’ll carry with me forever. Life pre-Covid was so hectic and it’s almost sad to think that it took a global pandemic for people to slow down and focus on all of the incredible things that were right in front of us, we just didn’t have the time to acknowledge them fully. On the musical side, I think writing and releasing ‘Tuscany’ is what I’m most proud of this year. As with other quarantine songs, I shared each piece of it on my Instagram as I was writing. I received so many messages from people about releasing it as a fully produced single so in a way it definitely feels like a community song :) It’s my favorite thing I’ve written so far so it’s crazy to think that it would’ve never existed if it had not been for all off the craziness of 2020.

Iuliana: Let’s talk about your recently released single, “Tuscany”. What was it like recording the music video?
Anja: It was the most special and meaningful video I’ve recorded because it was done in quarantine with my mom and dad. They built the set in our backyard and my mom was recording the video with my iPhone while my dad was holding the light bouncer. We shot over two days on a weekend in July and I edited it the next day. Looking back, it seems kind of unbelievable that we were able to make this ourselves at home, but it’s also super important to note that if it weren’t for my best friend and photographer Jani Ugrin and the years of working with and learning from him, none of this would’ve been possible (or look the way it does!).

Iuliana: Where did the inspiration for “Tuscany” come from exactly? What does this track mean to you?
Anja: I got the idea for it while scrolling through Pinterest one night in April. Pictures of Tuscany in the summer randomly started popping up in my feed and I began daydreaming about being there in a white linen dress, riding on a Vespa, eating pasta :) I typed in ‘lofi jazz style beat’ in YouTube, clicked on the first result and wrote what is now Tuscany over it. It ended up describing a regular day in quarantine so I went through Twitter and looked at what people were doing in their lockdown then added those details in the second verse (watering plants, reading books, painting, learning to cook). To me it’s a very ‘sign of the times’ song, a snapshot of humanity in unprecedented times. Despite it being written during something so troubling, it’s still joyful so to me it will always serve as a reminder to find the good and positive in life’s each moment.

Iuliana: Your style is truly one of a kind! What particular details or nuances in a garment strike or inspire you when creating a look? I’d love to know more about your fashion tastes!
Anja: Oh my gosh, thank you so much, that really means a lot! I’ve never believed in fashion “rules”; to me they’re just arbitrary ideas that limit creativity. My preferences and style inspiration constantly evolve and recently I’ve been really tapping into my past of growing up in Europe. I’m simplifying my looks and focusing on wearing/finding a single great piece, rather than a lot of “filler” ones (this also has a lot to do with quarantine; I used to wear super long acrylic nails with designs and rhinestones all over, but since everything has been closed down, I’ve started to embrace natural nails). Lately, I’m really inspired by clothing that has some structure to it (puff sleeves, padded shoulders) as well as very airy, summer fabric (linen, floral-printed chiffon). I also use Pinterest and movies as my guide for dressing during each season; current summer inspiration would be ‘Call Me By Your Name’, ’Under the Tuscan Sun’ (what a surprise, hehe), and ‘The Talented Mr. Ripley’.

Iuliana: How do you feel about social media? What do you think social media has done for your career so far?
Anja: It’s fantastic, if used in a healthy way! I think a lot of musicians still see social media as a ‘cheapening of the craft’, but I’ve learned (especially this year!) that it’s an unmatched way of connecting with people from all across the world, people who you wouldn’t be able to meet in any other way. I also think I owe a lot of where I am today to social media, one of the reasons ‘Tuscany’ started taking off on Spotify was because it was used as a background in people’s YouTube videos (which is the most new age music promotion thing ever haha).

Iuliana: What musicians would you absolutely love to work with in the future?
Anja: I absolutely love Jon Bellion – I really admire his wide-ranging skillset and the mind-blowing ability to back up catchy, relatable songwriting with progressive and innovative production. It would definitely be a huge honor and a dream come true to work together someday.

Iuliana: At the end of the day, what do you hope people take away from your music?
Anja: Ultimately, if a person is left smiling after listening to one of my songs, that is the single greatest compliment. I try to embrace my inner kid and find happiness and fun in the simplest of moments so that’s something that I strive to translate through my music as well.

Iuliana: What’s next for you? Are there any future projects that you would like to let our readers know?
Anja: I wrote and recorded a lot of music during these past few months in lockdown (more than ever before!) so I have both collabs and original singles all lined up and ready to go over the next months. I have a new song coming out on July 31st – it’s different from anything else I’ve done so far so it’s both exciting and nerve-wrecking waiting for it to finally be out in the world :)